What is the difference between a “far infrared” and a “fake” infrared heater?

This is going to get just a wee bit “wordy”, so grab a glass or cup of your favourite beverage and settle in….

The market is flooded with “non” far infrared heaters yet many people are fooled into believing they purchased an energy saving far infrared heating device, while in reality they have purchased a $2 Halogen/quartz light bulb that runs so hot that it produces “Mid infrared”.  Mid infrared is able to “excite” the air molecules which creates “heat” (hot air) around it; next, a $3 fan blows the heated air into the space. The hot air rises just like with any convection heater and if the room has high ceilings, the “heater” won’t contribute anything. To dress it up, manufacturers often add a fancy cabinet.

In reality, the people who believe they have purchased a state of the art far infrared heater, have just been scammed into purchasing $5 in parts and a fancy cabinet for a simple (if not useless) convection heater.

Scientific exploration and testing over the past century has provided us with the evidence of what far infrared heat is, and how the far infrared energy “light” passes through the air. Because of its wavelength, far infrared waves travel around the air molecule; it has virtually no ability to collide with and excite the air molecules. Because it is able to travel through the air, the Far infrared waves will collide with any surfaces they encounter, and this in turn is able to warm up these surfaces, people, and/or animals within the space.  Far infrared heating is the most efficient way of “heating”.

True far infrared heaters produce invisible light; the wavelength of this light is related to the heaters’ surface-temperature. True far infrared heaters operate from slightly above room temperature to the temperature of boiling water (212 degrees F or 100 degrees C); in the middle of the infrared spectrum are the heating elements that glow red (400 degrees C); these emit dangerous “Mid infrared” energy (some examples are heat-lamps, heating coils, gas infrared heaters, etc.). Prolonged exposure to Mid infrared is known to cause eye damage (cornea damage) as well as skin damage, burns and even cancer due to tissue burns. Far infrared has been proven safe for people and animals; prolonged exposure is very healthy and only benefits (No risks) have been identified for (far) infrared operating at 7,000-10,000 nm. This is the therapeutic part of the sun’s spectrum.

Ducoterra’s SolaRay far infrared panels and our own SI Series only operate in this safe part of the spectrum.

Their expected life cycle is 2-5 years (some cheap versions last less, some better ones, longer).

While carbon is cheap and plentiful (in many cases less than $1 per sq. metre for the element), it is the preferred material by Asian manufacturers. Poorly built carbon units have been blamed for many fires and because of the nature of carbon, even the more expensive units can cause fires under certain well-documented circumstances.

Carbon has a very dangerous inherent characteristic; it has an undesirable “Temperature Coefficient” (this has to do with how carbon reacts over temperature). Carbon is classified electrically as a NTC (Negative Temperature Coefficient) material. What this means is that the colder it gets, the higher its resistance. The hotter it gets, the lower its resistance.

Thus, when it is really cold (and when you need the heater to work the most) the resistance is high.  This means far less energy is actually converted to heat and the heater may take a long time to warm up; and in many cases, “it will not start at all”.   At low ambient temperatures this is annoying, but it is not a safety problem.

As carbon heats up, its electrical resistance gets lower so a heater has to be carefully designed not to exceed a certain temperature (balance between energy supplied and infrared energy radiated).  A carbon heater must have multiple built-in safety switches to be safe. In most cases, the safety switches will manage the maximum operating temperature of the infrared heater – until a portion of the heater is covered up.  The covered portion gets hotter, in turn the resistance gets lower, and this in turn makes the covered section get hotter and an avalanche effect has been created.   Because it is a local issue, the safety switch may not know there is a problem and a fire may result (many fires have been attributed to this characteristic).  Because carbon cannot be properly controlled (even the best control systems are very slow), the energy usage is typically 5-20% higher than a Ducoterra far infrared heater.

Metal-based far infrared heaters are generally considered safer because metals in general have a “Positive Temperature Characteristic” or PTC. PTC means that the warmer the heater gets, the lower its energy consumption (this is the result of the increased electrical resistance); “self-regulation” occurs when the predetermined design temperature has been reached. This means that most metal-based Far infrared heaters are generally much safer than carbon units. 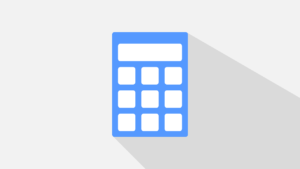